This is the story of a great man who lived hard, died hard, and accomplished much. John Parmenter Robarts, ‘Chairman of the Board,’ became Ontario’s Premier in 1961.  He transformed the largest Canadian provincial government into a modern, sophisticated operation. The Robarts years saw the establishment of legal aid, a huge system of community colleges and universities, TVOntario, law reform, GO Transit, the Ontario Science Centre, Ontario Place,  enhancement of civil rights, reorganization of school administration, and a start on regional government, among many other things. In the 1963 election, he won what is still one of the highest percentage of the popular vote in Ontario’s post-war history—48.9 percent.

Yet, Robarts struggled with private demons. After politics, Robarts and his first wife, Norah, divorced.  He then had a stormy and controversial marriage to Katherine Sickafuse, almost thirty years his junior.

Robarts’ son, Tim, committed suicide in 1977. In 1981, he suffered a series of debilitating strokes.   When he could no longer socialize, hunt, fish, or go boating, he ended his life. John P. Robarts’ public achievements were monumental, but his personal life and end were tragic. 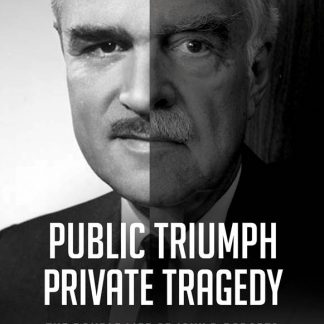