These questions are asked both inside and outside of government. Unfortunately many citizens only know government as a vague singular entity. Media focus on political consultants, lobbyists and themselves. Civil servants are in the dark and constrained. Cabinet Ministers and senior pubic servants know it is the Prime Minister and PMO but are forbidden to talk about it.

Allan Bonner asked the staff of a newly elected government he was training how the government worked. No one had a clear answer. Glen Milne recently ran a policy capability workshop for public servants and found that only a few understood the political and functional origins of policy, legislation and regulation.

No one in Washington would lobby the Treasury Department for a new policy, regulation or act. It’s the Ways and Means Committee they need–and particular members and their staff to boot. Similarly, in Canada we’ve seen organizations lobby a minister’s office when it’s the Privy Council Office and Prime Minister’s Office that they should brief on the facts, issues and impacts.

We’ve seen clients spending fortunes trying to influence a new piece of legislation … not realizing that legislation is at the end of a much more accessible political, policy and decision-making process.

The interests and projects of the Prime Minster and Premiers are the absolute drivers of the political and policy agendas of governments in Canada. Who in the PMO, PCO, Ministry, central agencies, political staff or ruling party will champion your cause with the PM and PMO?

This high-level strategic briefing provides you with the knowledge and skills to develop effective interventions and ongoing relationships with influential stakeholders, elected government officials and public servants.

It will help you develop the right approaches and messages by understanding the responsibilities, relationships, and powers of the parts of government … and what they need from you.

The lobbyists you hire will not have to charge you thousands of dollars to bring you up to speed on how the system works and what is feasible–you’ll already know. And you will not waste the time of your senior staff on low-return political and bureaucratic initiatives.

The authors of this briefing package, Allan and Glen have worked directly with a Prime Minister, a dozen premiers, a hundred cabinet ministers, and a thousand senior civil servants in their combined 70 years of leadership and consulting.

Glen helped design the priorities and decision-making process of the Trudeau government and has kept careful track of it since through his policy work and training with dozens of departments and central agencies.

Allan has worked on some of the major issues of our times–NAFTA, cruise missile testing, nuclear submarines, Gulf Wars I and II, 9/11 and run candidates’ colleges for 500 politicians in waiting.

This high level strategic briefing package includes user-friendly diagrams, flow charts, checklists, text, audio and video that lead you to an expert understanding of the nature of government and how to navigate in and around it.

With this briefing package you can orient your team expertly, save time and money, and achieve more effective results in your relationships and initiatives with government.

Be the first to review “The Government Relations Package” Cancel reply 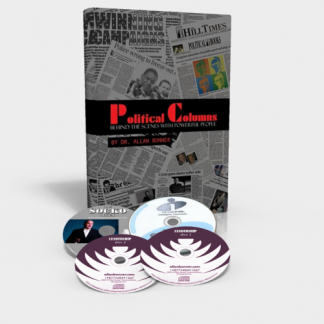 You're viewing: The Government Relations Package $49.95
Add to cart